What Kinds of Patients are Candidates for MIGS?

In general, minimally invasive glaucoma surgery lowers eye pressure less dramatically than more invasive, traditional glaucoma surgeries. However, the microscopic equipment used and incisions made during minimally invasive glaucoma surgeries make them a much safer option. MIGS is usually preferred in treating cases of glaucoma that are not significantly advanced to avoid unnecessary risk of complication. While MIGS will not replace or eliminate traditional glaucoma surgery, it has greatly decreased the number of patients who require more invasive surgeries to control their IOP. Moreover, MIGS has allowed ophthalmologists to have a lower threshold for a surgical intervention with the goal of providing better IOP control while decreasing a patient’s glaucoma medication burden. In fact, some MIGS procedures are so safe that they can be performed while glaucoma patients undergo cataract surgeries with no need to wait for glaucoma progression.

What are the Different Types of MIGS?

There are many different minimally invasive glaucoma surgeries, but they share a few characteristics, such as less conjunctival scarring, less trauma to the eye, less complication from surgery, and a shorter recovery period compared to traditional glaucoma surgeries.

Based on its IOP-lowering mechanisms, MIGS can generally be broken down into 3 broad categories. 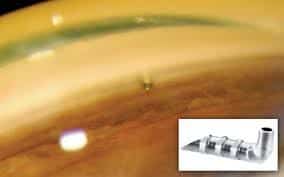 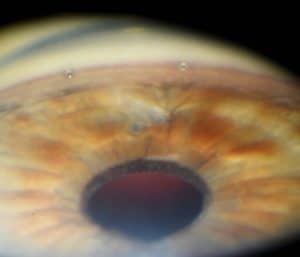 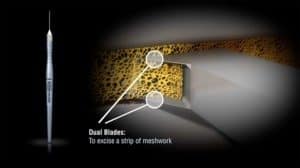 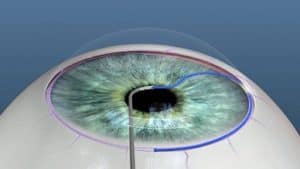 The flow through the Schlemm’s canal and the collector channels can also be restored by a MIGS procedure called Ab interno Canaloplasty (ABiC). ABiC is based on the same principle as an angioplasty. It uses microcatheter technology to enlarge the eye’s natural drainage system, improving outflow and lowering eye pressure. 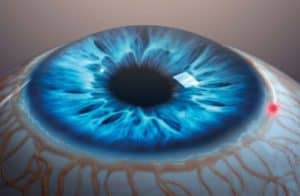 2. Draining fluid outside of the eye or to the suprachoridal space

The XEN® Gel Stent is a surgical implant designed to lower high eye pressure in open-angle glaucoma patients where previous surgical treatment has failed and/or medications alone were insufficient. This stent is made of a soft but permanent gelatin material, 6 millimetres long and about the width of a human hair. The device creates an opening between the inside of the eye and the eye’s outer layer (conjunctiva) to allow fluid to drain, potentially decreasing pressure in the eye to a normal level. The XEN® Gel Stent has shown excellent pressure lowering with improved safety over traditional trabeculectomy. 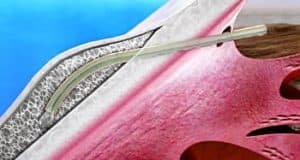 CyPass is a micro-stent used to connect the front of the eye to the suprachoridal space, a space between the retina and the wall of the eye. It is successful in lowering eye pressure. However, in 2018, the manufacturer of the CyPass decided to voluntarily withdraw it from the market because of associated corneal endothelial cell loss.

3. Decreasing production of fluid within the eye 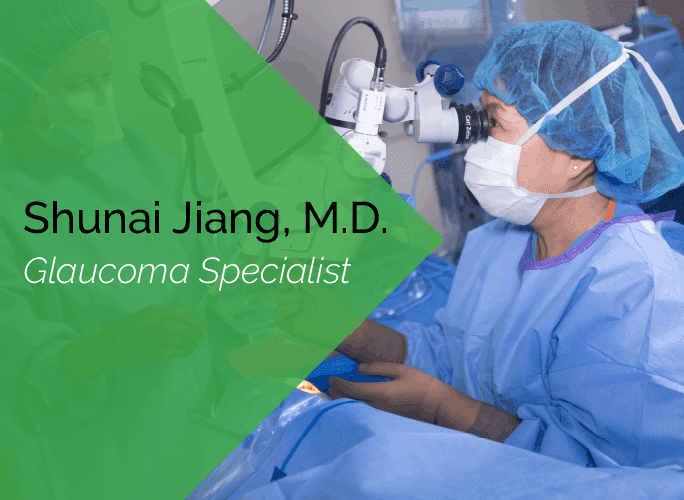 Speak to a Glaucoma Specialist about MIGS

If you have mild to moderate glaucoma and are considering cataract surgery to improve your vision, or if you have symptoms of glaucoma that do not respond to medication or medication is not adequately decreasing your eye pressure, minimally invasive glaucoma surgery may be an option for you. While your symptoms may not yet be severe enough to warrant more invasive surgery, treating glaucoma before it progresses is important, as glaucoma is the second leading cause of blindness. The decreased risk associated with MIGS makes it a more attractive option than more invasive traditional glaucoma surgery. However, whether minimally invasive glaucoma surgery is right for you and which type of MIGS might best suit you depends on your unique health conditions. Speak to a glaucoma specialist about treatment options for your glaucoma before it’s too late.

Dr. Jiang is an ophthalmologist at the Marietta Eye Clinic who specializes in cataracts and glaucoma. She serves the Kennestone, Canton, and East Cobb locations. Dr. Jiang studied at Jilin University in China and the Karolinska Institute in Sweden, the home of the Nobel Prize in Physiology or Medicine. She received her residency training in ophthalmology from the University of Louisville and fellowship training in glaucoma from Emory University. She is a member of the American Academy of Ophthalmology and the American Glaucoma Society. Read her full bio here.