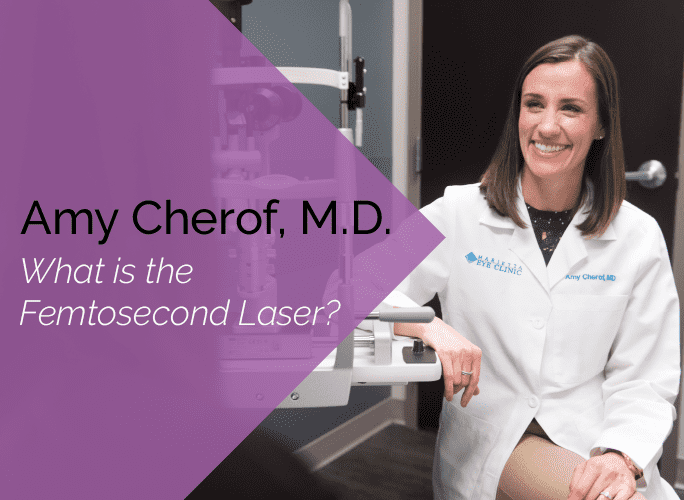 Cataracts occur when the lens in your eye becomes clouded. Around age 40, proteins in the eye start to break down. By age 60, most people experience clouding of the lenses, although symptoms may not be noticeable at first. If cataracts progress to the point that they limit a patient’s day to day activities or quality of life, an ophthalmologist may perform cataract surgery, a procedure in which the cloudy lens is removed and replaced with an artificial intraocular lens. Thanks to modern technology and the femtosecond laser, cataract surgery is safer and more effective than ever. Marietta Eye Clinic has a team of cataract specialists highly skilled at performing eye surgery with the assistance of the femtosecond laser.

The femtosecond laser was introduced in the U.S. in the early 1990s and developed by Dr. Kurtz at the University of Michigan. It was approved in 2001 by the U.S. Food and Drug Administration for use in laser-assisted in situ keratomileusis, or LASIK eye surgery. In LASIK, the femtosecond laser is used on the cornea to create a corneal flap. Underneath that flap, the eye can be reshaped, and the flap serves to protect the eye as it heals.

Since then, the technology has dramatically improved. Newer models of femtosecond lasers have an increased pulse frequency. Less energy is released in current femtosecond laser technology so that less tissue surrounding the target area is affected. These models are more energy efficient than previously introduced models and procedures can now be completed more quickly. Today, the femtosecond laser is used in a variety of ophthalmologic surgeries and advancements continue to be made.

In laser-assisted surgery, tissue is broken apart at the molecular level rather than cut with a blade. The femtosecond laser disrupts stromal tissue through a process known as photoionization. Targeted tissue is vaporized, creating a split where a cut would normally be made. 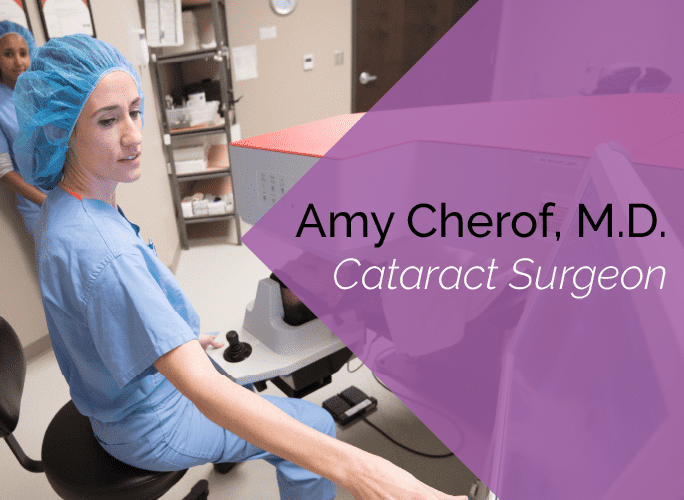 Which Procedures Benefit From the Femtosecond Laser?

The femtosecond laser was approved for refractive and cataract surgery by the U.S. Food and Drug Administration in 2015 and is considered a relatively new development in the history of cataract surgery. A femtosecond laser can also be used for other ophthalmic procedures such as laser in situ keratomileusis (LASIK), penetrating keratoplasty, and other types of corneal transplants.

Cataract becomes extremely common with age. The National Eye Institute found that by age 80, cataract was present in greater than 68% of the population in the U.S. For this reason, cataract surgery is one of the most common surgeries performed in the U.S. and many other developed countries.

The American Optometric Association (AOA) describes itself as the leading authority on quality care and an advocate for our nation’s health, representing more than 44,000 doctors of optometry (O.D.), optometric professionals, and optometry students.