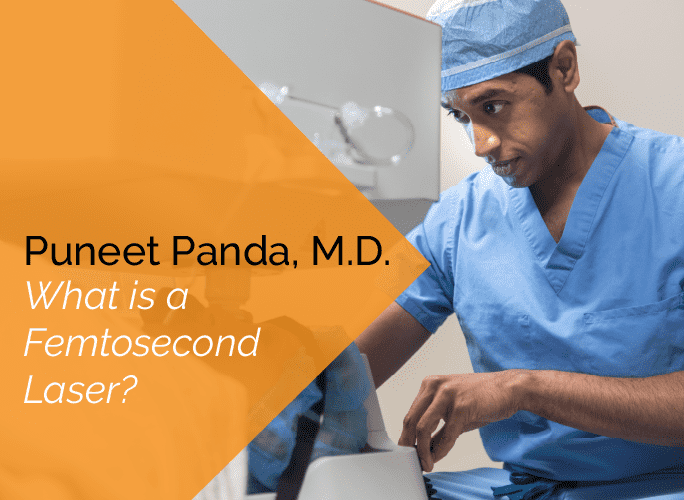 With continuing advancements in technology, cataract surgery is safer and more effective than ever. One of the latest advancements is the femtosecond laser – an infrared laser that emits bursts of laser energy at an extremely fast rate. These lasers have a pulse duration of one quadrillionth of a second. Femtosecond lasers were originally introduced for use in LASIK eye surgery, in which the laser is focused exclusively on the cornea tissue.  More recently, the femtosecond technology has been approved for use in cataract surgery, in which the primary focus of the laser is to treat the cataract inside the eye.

The femtosecond laser was first introduced in the early 1990s. It was developed by Dr. Ron Kurtz at the University of Michigan and approved in 2001 by the U.S. Food and Drug Administration for use in laser-assisted in situ keratomileusis, or LASIK eye surgery. Since then, the technology has only gotten better. The newest femtosecond lasers have an increased pulse frequency. Less energy is released so that less tissue surrounding the target area is affected. These models are more energy efficient, and procedures can be completed more quickly. Today, the femtosecond laser is used in a variety of ophthalmic surgeries.

How Does a Femtosecond Laser Work?

In femtosecond laser-assisted surgery, tissue is broken apart at the molecular level. The laser disrupts tissue through a process known as photoionization. Targeted tissue is vaporized, which creates a split where an incision would normally be made with a blade, while also softening the cataract. 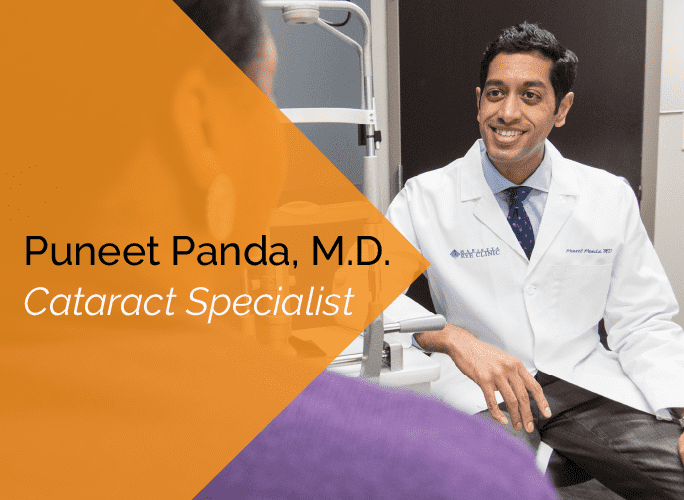 The four most commonly used femtosecond lasers used in ophthalmology are:

Which Procedures are Commonly Performed with Lasers?

Femtosecond lasers are currently some of the most advanced technology being used in ophthalmology. After its initial development for use in refractive surgery, the femtosecond laser was approved for cataract surgery by the U.S. Food and Drug Administration in 2015. They have been shown to aid eye surgeons in cataract surgeries as well as many other ocular procedures. Femtosecond laser technology can also be used for other procedures, including small incision lenticule extraction (SMILE), penetrating keratoplasty (PKP) and deep anterior lamellar keratoplasty (DALK) incision, to name a few.

Talk with your eye surgeon about whether your procedure may benefit from laser technology.

Dr. Panda is an ophthalmologist at the Marietta Eye Clinic who specializes in dry eye, cataracts, LASIK, and cornea, in addition to offering comprehensive ophthalmic care. Dr. Panda graduated from Cornell University with an undergraduate degree in biological and environmental engineering. He received his medical degree from the State University of New York at Buffalo and completed his residency at Mount Sinai Hospital in New York. He completed his fellowship in Cornea and Refractive Surgery from the Wilmer Eye Institute of Johns Hopkins University. He is a member of both the American Academy of Ophthalmology and the American Society of Cataract and Refractive Surgeons. Read more about Dr. Panda here.